The Green Glue Pail Dispensing Gun is used as the application tool for Green Glue Noiseproofing Compound in 5 Gallon Pails.  The gun comes with orange cone tips that are sealed and must be cut to size.  These cones can be easily cut with a razor knife.  The Green Glue Company recommends to cut the cone to allow a 3/8 inch bead.  Cutting the cone too small will cause difficulty both filling the gun and dispensing the Green Glue from the gun.  Cutting the cone too large will allow the Green Glue compound to drip out of the nozzle which will result in a much messier install.   Cutting the cone to allow a 1/2" diameter opening seems to be a good starting point.  See the image below which marks approximately where you should be cutting the cone tip.  If you feel too much resistance when loading and unloading the dispenser gun, go back and cut the opening slightly larger.  Remember, you can always make the tip larger, but if you go too big, you will have to start over with a second cone.  Extra cones are included with the pail gun. 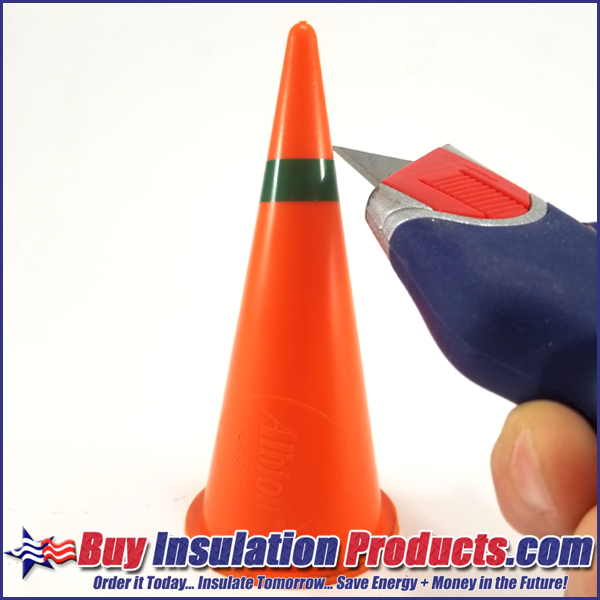 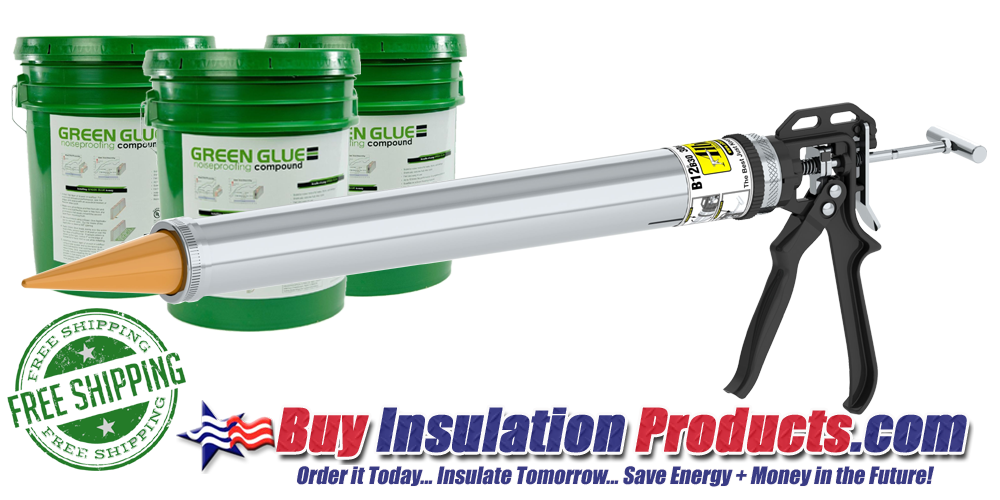